There is no other whirlpool in Europe which merits the name. Certainly not in the region in which it is described (North of Ireland). It is the Charybdis of the Ancient Greeks. I have witnessed it and its great roar when it is at its full tidal height and fury. In the same ancient text they also describe the great Temple of the Hyperboreans (inhabitants of the extreme north) on Lewis. It was unknown until 19th Century, when the local landowner noticed the tops of the stone poking out of the peat. Then he had his local McBumpkins dig away the peat and found this. 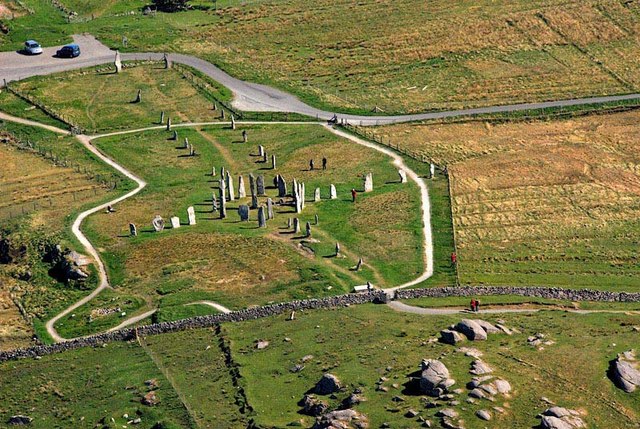 There is no doubt the Ancients of Classical Times journeyed these waters. Where else do you think they got the Walrus Ivory which they so loved? Not in Cornwall I assure you. But off the Skerries around the Hebrides, Orkney, Shetland, The Faroes and Iceland. They were adventurous motherfuckers and they would probably have loved whisky, if the locals had been able to make it (no copper coils or stills) and were polite enough to sell them any (unlikely).