@illegalsmile55 Yeah? Where the fuck is Ghizzy and why isn’t she under heavy arrest right now?

I utterly love that photo above of her posing in the background of the handover of the young chicken to the Fat Prince. That teenage girl is NOT a relative (niece, grandchild, cousin or daughter) of either of them. Ghizzy knows it and Andrew knows it. The photo was insurance, evidence and leverage. Andrew looks bewildered at the picture taking. I don’t think he was quite expecting to get snapped with his meal. The crop-top and teenage skinny jeans chicken in-the-foreground with grinning Ghizzy in the background simply adds a level of knowing horror to the proceedings. This photo was taken for the purpose of leverage for the future. Ghizzy left Virginia Giuffre with Fat Prince Andrew for the night (Ghizzy had flown Virginia – still a Florida State minor – to London for this purpose). The photo is no longer insurance but is evidence and is still a lever… the lever is a bar of metal which I hope Ghizzy will be beaten to a pulp with.

Ghizzy is up to her tits in this bath full of turds. I hope they push her all the way under. 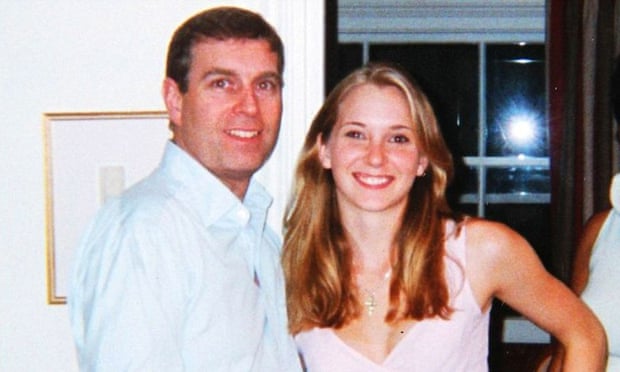