Best Gore › Forums › Chill Out Zone › Everything Else › Blow Me › Reply To: Blow Me

@hopingfornemesis Read Hunter S Thompson. Because much of his Political Journalism is based on Campaign Trail coverage… it tends to be very much of its time.That is… if 40-odd years on you cannot remember what differentiated George McGovern’s post- Labour Day speech from his initial declaration then some of HST’s work is difficult to untangle. But the cut and thrust is always there. His travel writing (Fear and Loathing in Las Vegas, Hell’s Angels, The Great Shark Hunt etc) is always sharp, funny and very focused & you are right there with him (remember this is the guy who invented Gonzo Journalism).

Kerouac I loved in my late teens and twenties. I read it all. I found much of his work (like On The Road) to be word salad, pretty disposable and thankless to plough through (Truman Capote once said about Kerouac’s work “That’s not writing, it’s typing”). Some of his other books are simply beautiful, long, autobiographical, transcendental prose poetry. I loved Maggie Cassidy, Dr Sax, Vanity of Duluoz, Desolation Angels and The Dharma Bums. One of the last trips I did during my last Summer in the United States in 1987 was to visit Jack Kerouac’s grave in Lowell, Massachussetts. I’d even driven down to the Cape to the house where he lived in Hyannis and sipped a beer or five in his seat at his local bar (The 19th Hole). I kinda liked the idea of Kerouac more than the real “On The Road” author guy. Bob and Alan weren’t there when I visited. 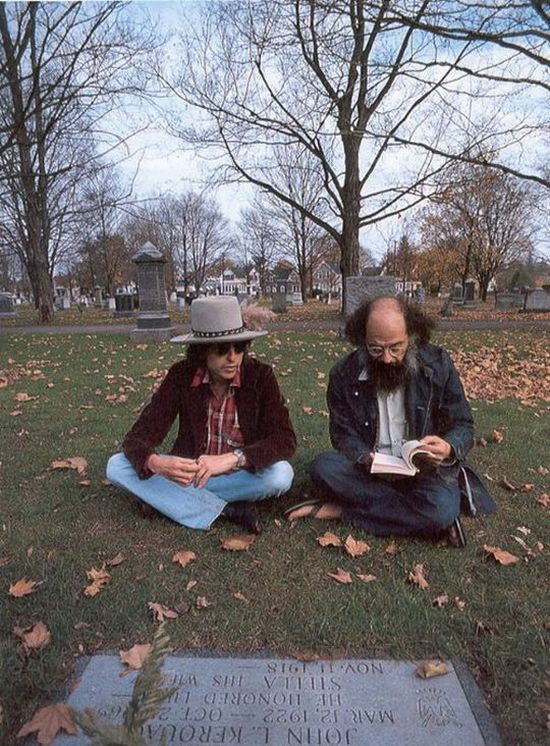