This supremely creepy picture was taken somewhere in Russia during the famines of the early 20th century. 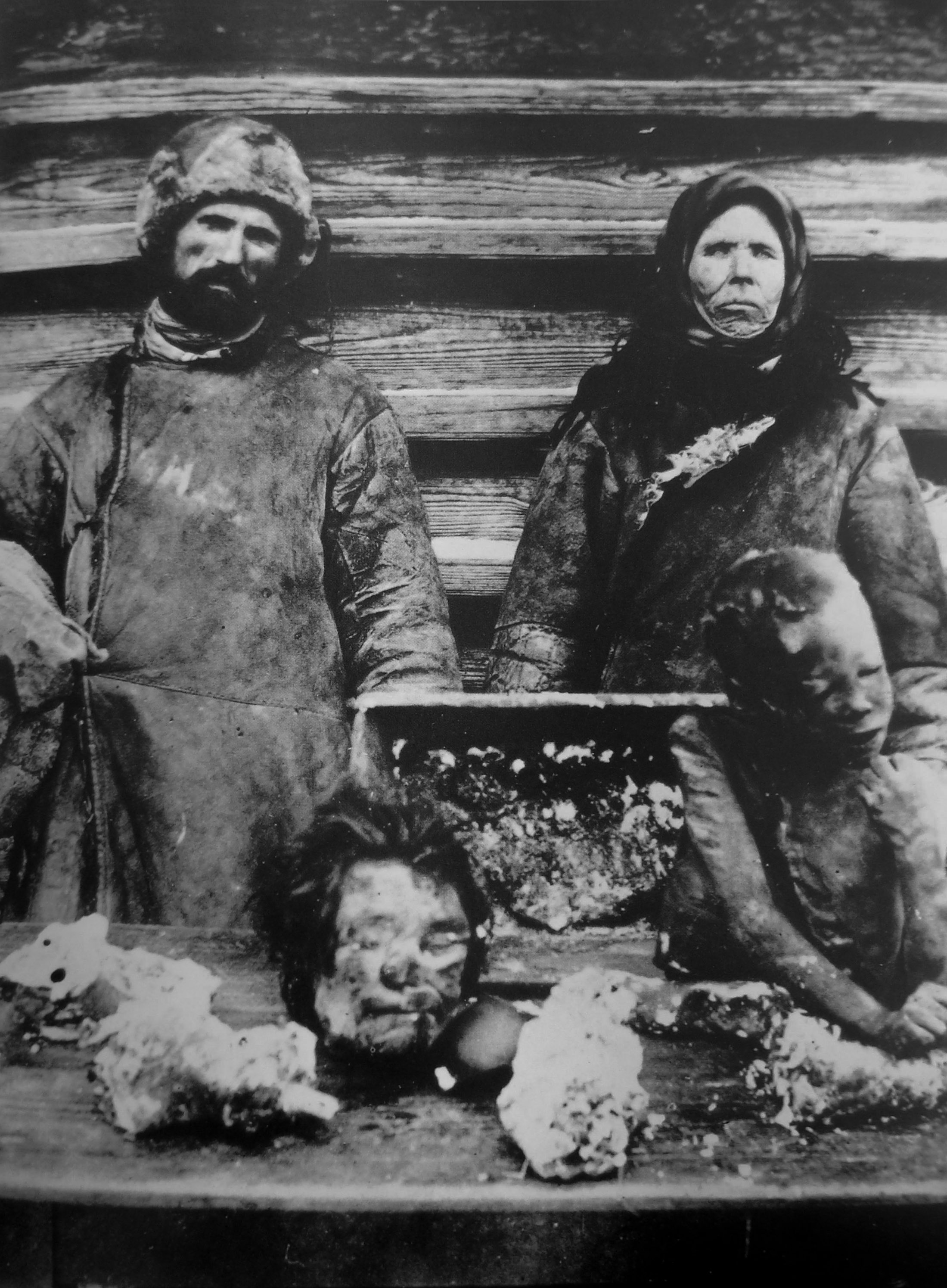 What certainly appears to be happening here is that this couple are selling the choicest cuts of sister Annushka and little grandson Vasili. They have set up “shop” on a table outside their home, and after butchering the remains of their family members, who have died as effect of the famine (or maybe not?!) they have then laid the parts out to look as tempting as possible to any hungry Russian local who may pass by their home with a few spare rubbles in their tatered coat pockets.
It certainly looks like the juiciest cuts of sister Annushka, her thigh, upper arm and loin went first (for the highest price, i guess) followed by the other “cuts” in order of desirability and price- to just leave what looks like a somewhat decaying head…still good for a soup or stew with a couple of bullrush roots and a handful of pine needles added for veg and herb. And i do hear that “cheek” is a delicacy to some palettes?
Grandson Vasili, on the other hand, still offers some tasty and tender “cuts” from what is left of him – a full rack of ribs and (im guessing) a plump tongue inside that sallow looking face? Maybe Smoke that tongue over some smouldering pine,….hmmmm!
On a serious note, this picture is for me personally is one of the most chilling images i have ever come across online. The emotionless and almost nonchalant impression that these two figures strike as they stand behind their “pitch”. The cold, ice-white eyes of the old woman as she Hawks off the parts of her dead family to be eaten are truly the stuff of nightmares.
What horrors human beings are capable of when true hunger (and true greed?) drive our actions?