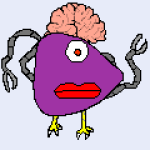 active 1 month, 1 week ago
@happy hey man, i’ve been watching this site for years but this is the first time i’ll make a post about it, if you could send me an email i have something interesting to show you with many thanks and love from vietnam View